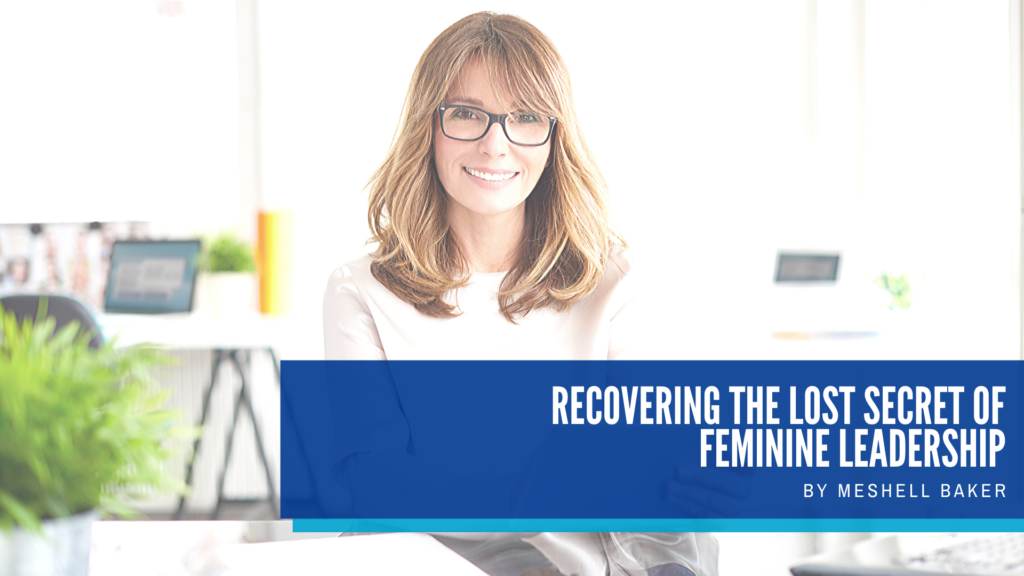 Eliana Gilad, a recent guest on the Women of Influence Facebook Interview Series, joyfully works with professional women in mid life transition. She offers a beautiful journey that inspires their connection to an inner truth that empowers their feminine power. Eliana supports their discovery revealing the strength and self-knowledge that resides within themselves to help them achieve health, wealth, and wisdom.

Eliana brings a mountain of knowledge, wisdom, and expertise. She has presented TEDx twice, the United Nations, and the Chopra Center. Additionally, Eliana, a nominee for the Los Angeles Mayor Garcetti’s Small Business Award for Innovation, was also featured in Sharon Stone’s award-winning film, FEMME.

So what exactly is feminine leadership? I know, I was unclear before Eliana’s interview. Although the term may sound new, it’s an old way to approach the world that dates back to biblical times. The concept is not anti-men. Instead, it highlights how women embrace their worth and strengths. Strengths such as receptivity, listening, patience, compassion, and gentleness, these traits appear soft compared to our connotation of power, yet they can bring people together.

Eliana draws inspiration from the prophetess Miriam who prophesied her brother Moses’ birth. Miriam was the one who suggested that Moses’ mother should be his wet nurse under the care of the queen. She changed the course of history without much being written about her. Miriam’s strength was leading from a humble position, not under the limelight. Miriam’s inspiring story is that she didn’t need to be a “leader” by title or power to exercise authority.

In the current culture and climate of competition, too often, we think only those at the top have authority and can take command. It’s the winners dictating how things should be done and deciding who’s worthy or not. The frequency of leaving behind those who don’t make rank leads them to seek and need authoritarian leadership: the result, a continued decline, and erosion of trusting themselves.

Eliana savors in changing these beliefs and mindsets for the women she is called to serve. Her exploration of feminine leadership to reconnect women with the power that lies within them is a worthy and worthwhile journey.  Through empowering and regaining trust in herself, the aim is not to use it to best or beat another. It is meant to acknowledge and respect her unique gifts and those of others, and to collaborate to fulfill a bigger purpose.

To learn more about tapping into your feminine power and trusting your inner guidance, e-mail her at elianag@voicesofeden.com.

To learn more about Meshell Baker Speaking or being a Guest/Member of the Women of Sales & Influence, email your request to meshell.baker@nasp.com.