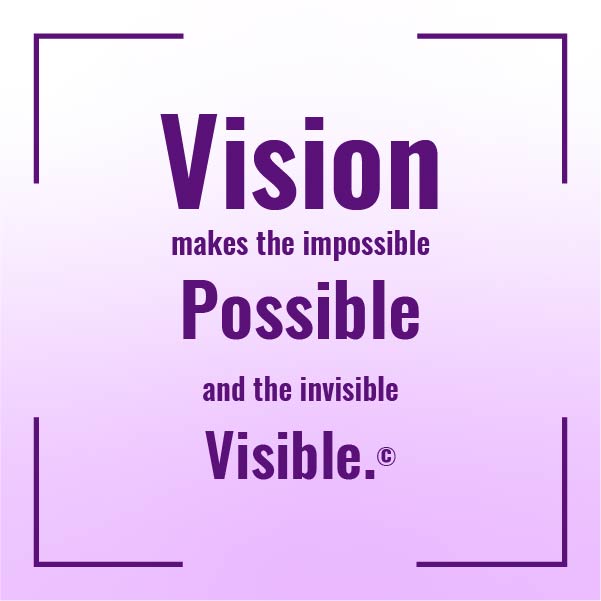 I am so excited you are getting to know me.  I live, eat, sleep, and breathe VISION!  My mission, passion, and purpose are to help as many as possible to experience joy and excitement in their lives through the VISION Development Process!

Why vision? Because it is one of the most powerful developers of clarity, confidence, and courage.  Nothing GREAT is ever achieved or accomplished without a mind-eye view of what is possible, in the face of what “appears” to be impossible.

So what can I do for you?  I’m glad you asked…  First, let me tell you a little about me.

I am The Chief Confidence Igniter and Founder/CEO of Meshell Baker Enterprises, LLC. I am described as an incredibly captivating and engaging speaker, a confident living catalyst, an authentic selling alchemist, a vision mastery enthusiast, and a fear liberator!

My journey to this juncture has not been an easy one, and yet it was the most difficulties and challenges that transformed me.  I’ve learned that character is crafted and carved from chaos and crisis.

My ability to overcome challenging obstacles with creativity and a positive attitude might make me one of the most exuberant people in America.  I grew up in Oakland, CA, where my taste for entrepreneurial success originated.  The daughter of a small business owner and granddaughter of a sharecropper who purchased his farm, I am no stranger to hard work.  At 13, I had three businesses: babysitting, sewing/ tailoring, and baking cookies and cakes that my mother would market and deliver on Fridays to dozens of regular customers.  I’ve actually always dreamed I’d one day have my own business!

Unfortunately, my childhood did not garner anyone who encouraged or empowered me to believe I was capable of success.  So instead I succumbed to the surrounding negative forces and influences.  And that led to poor choices and unfavorable consequences.  At 19, I achieved the status as the youngest management trainee at an electronics retailer branch. That’s when I made a major misstep. I was a young, insecure teen, easily influenced.  The guy I was dating convinced me that credit card fraud was a harmless crime.  It didn’t take long to get caught.  I was arrested and charged with Felony Fraud and Grand Theft Larceny.  Because I’d never had other brushes with the law and my church youth group leader wrote on my behalf, and the charges were reduced from a felony to a misdemeanor.   That followed with a reduced sentence meant I’d only spend three months in jail. Communal showers, bathrooms with no doors—I vowed I’d never go back. And I haven’t!

It was this experience that guided me to cultivate my BEST2Better© Method.  Unable to find work because of the “criminal” strike on applications, I took whatever job I could get.  I also learned that by doing my best; coming in early, staying late, helping my boss and colleagues, a great attitude and willingness to do whatever what asked of me.  I soon discovered better always found me in the form of pay raises, promotions, and opportunities.  It didn’t take long for this method to become my habit, standard, and way of life.

Yearning for more, I eventually enrolled in community college and transferred to Howard University in Washington, D.C. as a 25-year-old Freshman.  Upon graduation, my corporate journey took me from a financial analyst role to sales. I soon learned to love selling! From Yellow Pages Ads in NYC, pharmaceuticals, medical devices in the Operating Room, and landing on Biotechnology consumables and benchtop instruments.  Still, I wasn’t satisfied, something was missing.  An MBA that would cure everything!  Then I would be able to get the “job” of my dreams!

It wasn’t until I was promoted and relocated to Austin, TX spending time with my favorite gal pal and sister, Daphne that I sensed a higher purpose.  I began to pray, seeking wisdom and discernment, and found a powerful and all-encompassing faith.  During my frequent visits to Dallas to see my mother, stepfather, and sister, Daphne, who has sickle cell anemia and is legally blind, I recognized my role in Daphne’s life was much more than I anticipated.

Daphne almost died in 2009, and the family was called in to say goodbye. “She told us all goodbye and went to sleep.”  And much to our surprise, Daphne started getting better. I realized my periodic trips from NYC to Texas weren’t enough. I felt a calling to be closer to my immediate family—my cousins, aunts, uncles, as well as my sister, who mostly resided in Texas and Louisiana.  I wasn’t married, and I thought it would be selfish to stay in New York.  While working in biotechnology sales for a national company, I decided a transfer to Texas was my goal.  And to achieve this, I’d first acquire the sales master trophy, an accolade fewer than 3 percent of salespeople had ever accomplished. I was told it was impossible.”   Well, nothing is impossible for those who believe!  My manager didn’t nickname “Liquid Sunshine” for nothing.  I won the sales master’s trophy and received a promotion that relocated her to Austin in May 2011.

After a brief stint as a financial manager, I returned to biotech sales, where I grew my territory by 300 percent in 6 months. While transitioning to a new location and new job, I still managed to keep her focus on her sister. In September 2013, Daphne relocated to Austin where I became her full-time live-in aide.  I soon found I was unable to successfully maintain a Biotech Sales Rep role traveling 80% of the time and facilitating Daphne’s care.   Daphne was thriving and happy; I was overwhelmed and overwrought. I knew it was either my job or my sister.  No brainer, I gave 30 days’ notice to the job. 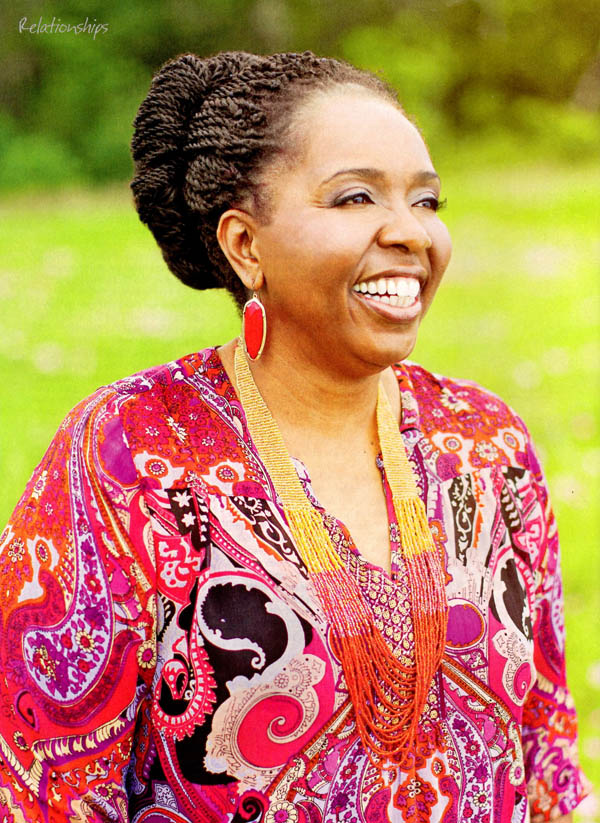 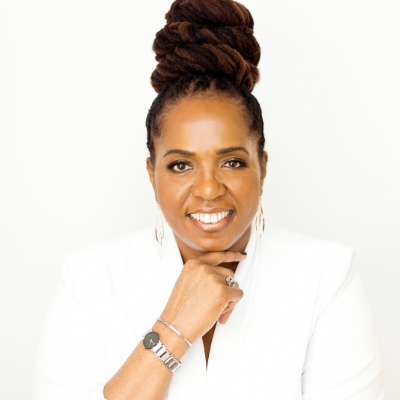 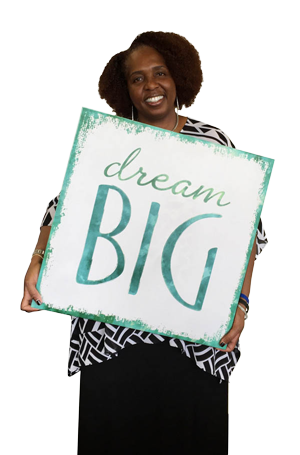 Six days later, I met a woman who became my mentor, coach, and wise counsel, at a women’s ministry conference.  While attending my first ever networking event and hearing the speaker share her journey, the memories and lifelong dreams of entrepreneurial success came roaring back. Within weeks, I organized in my apartment building’s rec room a vision board gathering for friends, colleagues, and women from my church.  I saw in an instant my passion being born.  This meager gathering has now become my renowned signature seminar, “The Value of Your VISION Seminar.”  During the VISION Seminars, participants, discover, develop and define a powerful, purposeful, and profitable path.  My modality for delivery is the vision board.  Images, words, and phrases are imprinted on us all day every day. This journey allows participants to PRESS PA– — USE and create their own life’s commercial.  To discover or rediscover their Big Hairy Audacious Dream (BHAD).

When you have a purpose and vision greater than you, you cannot accomplish it by yourself. The BHAD requires and demands that step outside your comfort zone, that you learn new skills that you master your fears.  Everything your heart desires is found on the path to achieving your BHAD.

I never stopped being a serial entrepreneur; I simply got lost doing what I thought I “should do” and “ought to do.”  I’m taking leaps of faith I never dreamed possible, and none of it would be possible had I not discovered, defined, developed, and went after my dream with fervent determination.  My dreams are coming true, and my sister is doing amazingly well!  Daphne’s ecstatically happy and engaged to be married now. I have watched her accomplish things despite her disabilities, and she has always been my muse.  I wanted to give her back what she had, which was a joy.  My great love for my sister gave me the heart to be brave, and when I gave Daphne the gift of LOVE, the Lord gave me the gift of LIFE!  My greatest joy and desire have intertwined, and I have the pleasure of helping others pursue their Purpose and create a VISION of their Dreams & Desires. 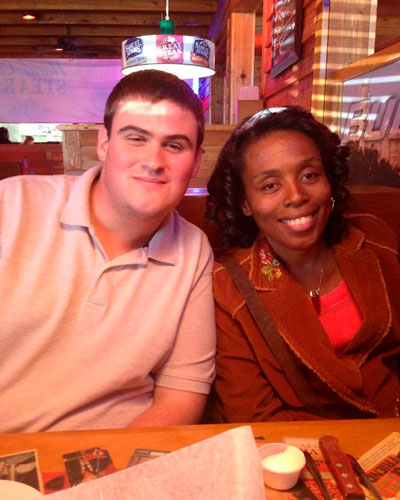 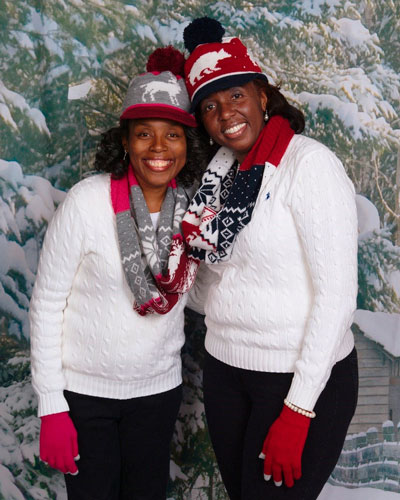 Thanks for reading about me here – now let’s get to taking action. Browse through my entire website and learn ways I could be of help to you. Click below to connect with me and learn more about my services.

HERE ARE 6 WAYS TO WIN

WRITE YOUR OBITUARY. One of the first things I do in my workshops has people write their obituary or their 90th birthday tribute. Think about who will be attending: Even if you’re single now. Ask yourself, about your spouse, kids, aunts, uncles, and grandkids will be at the party. What adjectives will people use to describe you? What will you have accomplished? Whatever it is, no matter how wild or crazy, write it out. That will help you visualize what you really want.

GET OUTSIDE YOUR COMFORT ZONE. If it doesn't challenge you, it will not change you. Start every day doing something you don’t want to do, that will further your dreams. Imagine yourself succeeding. You will find you feel empowered and better more often. Fear and doubt decrease and your confidence improves.

WORK SMARTER. After jail, I felt that whatever job I was given, I was lucky. Being a convict, I couldn't get much—flipping burgers, cleaning toilets. But I did my best at what I was given, and better would always find me! You will never get more if you don't

IT’S OK TO FAIL. I’m the queen of failing fabulously. It shows you’re trying. I make mistakes because I’m trying to do something new and better. After all, if you’ve never done it before, what are the chances you’ll do it perfectly? Focus on progress, not perfection.

NO SHAME. Mistakes are a part of learning. It's only a fail when I didn't learn. No one, absolutely no one has achieved or accomplished greatness without blundering and botching it along the way. If you are not being criticized, then you are not following your big hairy audacious dreams.

BE GRATEFUL AND HAVE A POSITIVE ATTITUDE. If you’re negative, that’s what you’ll get in return. People love happy and positive people. This attitude will open doors and create those opportunities to catapult your success. Remember confidence is attractive.

What they are saying about Meshell...